When you think of taking a walk, your initial thoughts would be that this is beneficial thing to do.  However, a new study recently undertaken has found that walking out in hot weather may impact cognitive performance. This was shown to be the case particularly with men where it impaired cognitive performance led to reduced productivity.

A change of perspective

We have just experienced a pandemic where being able to take even a short walk became a really important activity for maintaining health and a sense of wellbeing.  It was about getting outdoors in the air, giving your mind a break from sitting at the computer, from fussing and playing nonstop at jackpot casinos.  A walk would enable you to become more productive.    But according to a recent study done by the University of Tsukuba which appeared in Building and Environment, it could be that not all walks are beneficial.

The study reported that going for a fifteen- minute walk in hot weather caused their subjects to experience a slowdown in cognitive performance and led to a reduction in productivity. The study involved researches creating a simulated situation in which subjects were given a test in an air-conditioned environment.  Following this, some of the subjects remained in the airconditioned room while the half of the group went for a walk outside where it was hot out.  All the subjects were then brought together to do a test and their performances were measured.

Spring is fast approaching and soon it will be summer.  Perhaps taking that short break out in the heat is not such a great idea in terms of your productivity levels.  But there are other ways that can help you feel refreshed and also get everything done.

Those men whose results in the study were the most pronounced were also suffering from sleep deprivation.  Sleep plays a crucial role in our levels of productivity. In order to perform well you need to have a good sleep routine in place.   There are ways that will help to create a good sleep regimen.  It is good to refrain from alcohol before going to bed and also avoid watching television.  A good hot shower will relax your body before bed and make it more likely that you will have a restful sleep and be better able to perform the following day.

Switch off all notifications and alerts

It is good to turn off all your notifications when you are involved in focused work. According to Keita Williams, from Success Bully, a career coaching service, says “I recommend turning off all alerts during these focus times.  A push alert from email or a social media platform can create a knee-jerk distraction.”

The right way to multitask

It is important to multitask the correct way.  “Multitasking does work to a certain extent, but it really depends on which task you are doing” says RazquelBenbunan-Fich, professor of information systems at Baruch College. Benbunan is a specialist in the field of user behavior and multitasking.

According to Benbunan a task that calls for accuracy and focus in order to be completed will not fair well with multitasking.  Also, if you need to complete a rather boring task, you may not be fully focused and this makes you less productive also.  The many tasks that require less concentration but are still challenging are the ones that you can use multitasking in order to be productive.  So, multitasking can work but it really depends on the task involved.

A lot of people are not particularly accurate when it comes to knowing how long a task will take them. Therefore, according to Paula Rizzo who wrote Listful Thinking: Using Lists to Be More Productive, Successful and Less Stressed, “We’ll get to the end of the day and say, ‘I haven’t done anything.’  Well, where did you spend your time?”  In order to circumvent that problem Rizzo says that you should time yourself while doing the task to see exactly how long it will take. It could well be that you think it will take you just 30 minutes to deal with your emails when in fact it takes you a couple of hours or you give yourself an hour to deal with paying outstanding bills and it only takes you 30 minutes.

Once you have this information you will have a clearer picture as to whether a task can be done quickly.   This data will ultimately help you to create a to-do-list that will work with your daily hours of work. Alternatively, if you have a number of longer tasks, you could try using the Pomodoro technique, which will break down your tasks into 25- minute sections, followed by a break.

It is useful to make a to-do list that extends into the week, and even better into the month. Most of us focus on the immediate tasks in front of us and our to-do lists should be more extensive and include long term goals.  “Do a drain dump of everything in your head” says Rizzo.    This extended list should be referred to when you look at your daily schedule or to-do list.   By doing this your list of priorities may well change.  Benbunan-Fish calls her to-do list her “saving grace.” It enables her to keep ahead of those tasks that our urgent and also to see the long-term picture.

Time Matters More Than Ever Now in All Aspects of Life 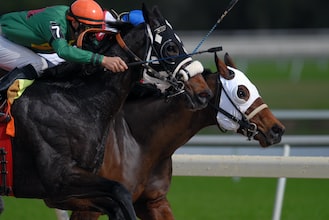 Which Horses Could Compete For The Haskell Stakes?