Currently, every state in the United States of America allows CBD use. In most states, CBD is completely legal, while it is legal with some restrictions in other states.

So, you can now legally buy CBD buds online at the best online CBD stores and fully enjoy the many cannabidiol benefits.

This decision follows some forward-thinking states, such as California and Colorado, of regulations that are generally favorable to cannabis. These pioneering states have thus, for several years, authorized the therapeutic use of hemp as well as its recreational consumption.

At the federal level, hemp and its derivatives can freely circulate in the United States, just like any other agricultural product.

The Transportation Security Administration (TSA), the authority responsible for air transport security in the United States, has even authorized the possession and transport of hemp flowers and products containing CBD during domestic flights.

Once at the origin of cannabis prohibition, the United States has become, at the expense of Europe, pioneers in the production and consumption of hemp.

The legalization of hemp at the federal level quickly led to very strong growth in its production. The amount of land dedicated to hemp cultivation has thus quadrupled between 2018 and 2019. Moreover, according to the Hemp Cultivation Landscape, a recently published scientific report, hemp cultivation is expected to grow by another 75% over the next four years. It should thus be able to reach one million hectares by 2023.

Franchises exclusively devoted to CBD-based products have even emerged in barely a year, testifying to the extreme enthusiasm of Americans for the latter.

According to a 2019 Gallup poll, 14% of Americans consume CBD products. The study shows that a significant number of people use CBD products because of the benefits it provides them.

The Gallup survey tells us that 40% of CBD users cite pain relief as the main reason they use it.

A study also shows that 70% of the best-selling CBD products in the USA are contaminated with heavy metals and pesticides.

In a recent survey, Ellipse Analytics Laboratories tested the top 240 CBD products online and at retailers outside of dispensaries in the United States. They checked for the presence of more than 300 contaminants and verified the integrity of the labels in terms of CBD content.

The result is clear: 70% of them contain a significant amount of heavy metals, pesticides, toxic mold, and other dangerous components to human health.

The tests specify that 70% of the products are “highly contaminated.” It contains, among other things, the presence of lead, arsenic, glyphosate, and Bisphenol-A. In one product, the tests revealed lead levels 100 times higher than the threshold defined by the Protection Agency of the Environment for drinking water. The company that produces it, Ananda Hemp, protested these results.

Jason Cranford, a cannabis grower from Colorado, explains, “Overseas, they use hemp as a cover crop. They use it to absorb pesticides and heavy metals from their soil to replant food crops later. These hemp crops are then imported into the United States, and people make CBD with them. What’s scary is that when there are these kinds of contaminants in the plant material, and you make oil out of it, you concentrate them.”

The United States legalized hemp this year, paving the way for domestic cultivation of the plant. Previously, the country imported all of its hemps. The vast majority of imported hemp came from China, the world’s largest hemp producer. Today, about 70% of American hemp is still imported from China. This commercial dependence has precisely encouraged its legalization in the United States.

CBD: an industry in need of regulation

In addition to these toxic products, the research team realized that the CBD content rarely matched the level displayed on the labels. “There are several products whose labels claimed to contain CBD but in which we found no CBD. On the other side of the spectrum, some products had five, six times the level of CBD they claimed to have,” Callan said. “They [producers] have to test for THC because federal law requires them to do so, but there’s no rule that requires them to test for CBD.”

It is not the first study to highlight this kind of problem. The problem of misleading labels had already been raised by the Spanish Observatory of Medical Cannabis in a survey which showed that 2/3 of the CBD oils tested did not contain the level of CBD displayed on their labels.

The CBD boom has attracted all sorts of opportunists who don’t necessarily believe in consumer protection. In addition, the lack of regulation does not allow consumers to distinguish the wheat from the chaff and exposes them to contaminated products.

So, as a new user or as a CBD expert, find the best CBD products online at JustBob shop. 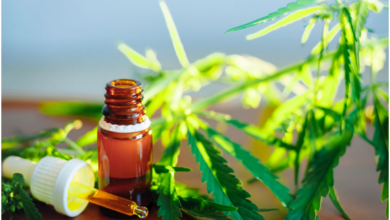 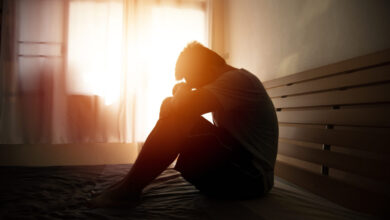