Pennsylvania is a great state to live in, full of beauty and variety. The state features some of the USA’s richest history, incredible places with cultural and historic value, great food, and a beautifully diverse landscape.

The state of Pennsylvania (PA) belongs to the Northwest region, Mid-Atlantic division, and the Great Lakes Area, around which large cities of extraordinary industrial progress developed.

Pennsylvania has something for everyone, it is home to over a hundred state parks, and a diverse selection of cities, large and small each with its own character.

Climbing enthusiasts will surely enjoy the Appalachian mountains, as will snowboarders, skydivers, and skiers, depending on your location. If you are more into skiing, we would advise you to go to the Poconos mountains, since they have more than 150 slopes.

But Pennsylvania wouldn’t be the place it is without its people, an incredibly friendly bunch. No wonder the Keystone State is widely regarded as one of the best states to retire to

Natural appeal aside, it’s a notion driven primarily by other factors essential to those interested in hard data: GDP (it’s the sixth-largest economy in the country), good health care, school districts that far outpace other states, affordability, low homelessness, and high quality of life.

For a state as sprawling as PA, this can be disconcerting for any potential resident looking for a place to live. However, the state does offer a lot of great cities to live in both big and small.

We have to preface this, the big cities in Pennsylvania like Philadelphia would be considered expensive for the average American, but there are plenty of cities where rent prices are fair.

If you were to consider signing a lease agreement it would most likely be in one of these cities: Allentown, Erie, Reading or even Pittsburgh are among the top choices after Philadelphia.

The Weather In Pennsylvania

If you think that the climate in Pennsylvania is bad, you couldn’t be more wrong, since without counting the 3 or 4 weeks of cold in winter, the rest of the year the climate is ideal. You can also enjoy a trip to one of the state parks, ideally during the summer.

Pennsylvania has a continental climate, (very similar to that found in most of central and western Europe) with large fluctuations in the different seasons. The summers are hot with the occasional heatwave; and the winters are rather cold when compared to other states, with periods of snowfall, especially in the western part of the state. Rain is moderately distributed throughout the year. 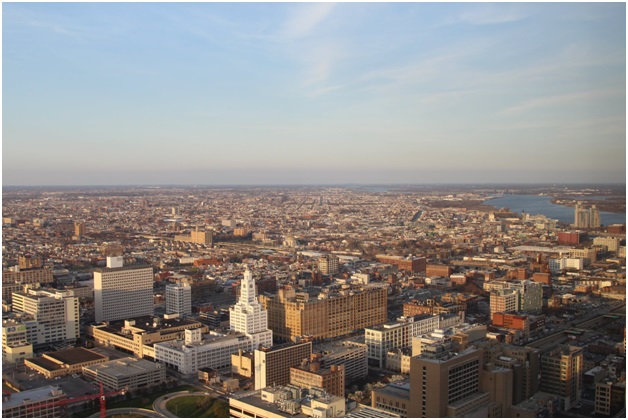 The Economy In Pennsylvania

Its economic strengths are found in the manufacture of dairy products, livestock, poultry, pig and other animal husbandry, cultivation of mushrooms, apples, potatoes, vegetables, grapes, peaches, hay, and tobacco.

There is a major biotech and pharmaceutical industry in and around the city of Philadelphia, other big industries in the state include food processing, wood products, oil refining, and tourism.

Pennsylvania contains the best forests and natural areas in North America. There are lavish art museums and galleries in every corner of the state, in cities and towns large and small.

You can relive the crossing of the Delaware River by General Washington, see one of the best collections of trains and railroad equipment, and the battlefields where many died for their freedom.

In Conclusion: Pennsylvania Is A Great Place To Move To

Many people are often forced to leave one place and settle in another, where the cost of living is not so expensive for the monthly budget.

High incomes, slow wage growth, and other factors influence the decision of millions of people around the world to move out of their homes and find a cheaper alternative.

The problem is also affecting many Americans who cannot afford to live in some places in the country. The Census Bureau data indicates that the average American in the home earns about $53,000 per year, which is enough to live comfortably in many parts of the country.

Pennsylvania is not on the list of most expensive states so it is a great state to live in 2022, making it a great place to live if you are earning an average or above-average wage.