As far as Americans are concerned, the NCAA Division I Men’s Basketball Tournament is one of the most highly anticipated sporting events of the season, especially in the realm of college sports. Held every march, the tournament has earned the brand “March Madness”. The tournament in 2022 is scheduled to begin on March 15, the date of this article’s writing.

With the popularity that March Madness enjoys, it is not surprising in the least to find out that the tournament is one of the biggest draws for bettors and punters. Online betting is more popular than ever before, and many online betting sites, especially American ones, have begun to cover the various college sports that Americans enjoy. For example, these PA sports betting sites offer extensive coverage of the NCAA Tournament.

Long-time fans of NCAA will know all about the teams that are expected to perform well. However, in this article, we are more interested in the underdogs. The question we’ve posed is, which teams are the “Cinderellas” of the 2022 March Madness?

What is a Cinderella Team?

Before we get into the teams, let us first define our terms. A Cinderella Team is a team in any sport, which achieves far greater success during a match or season than first expected. In many ways, the term is comparable to the term “underdog”, though the difference lies in the outcome. An underdog doesn’t necessarily have to perform well, whereas a Cinderella implies a performance which exceeds expectations.

The NCAA Division I Men’s Basketball Tournament has definitely seen quite a few Cinderella stories throughout its history. Some of the most famous once include the Butler Bulldogs in 2010/11, the Villanova Wildcats in 1985, the North Carolina State Wolfpack in 1983, and most recently, the Loyola Chicago Ramblers in 2018. But, what are the prospective Cinderella Teams of the 2022 March Madness.

The South Dakota State Jackrabbits have recently seen a fabulous winning streak of 21 games. In the 2022 tournament, they are bringing their nation best 59.1 field goal percentage. According to KenPom, the Jackrabbits are ranked 71st out of over 300 teams.

Bearing all of this in mind, it shouldn’t surprise anyone to see the Jackrabbits take on Providence, and even win the game. Fans of both teams are eagerly waiting for March 17, having high hopes in their respective teams.

While they came up short in the A-10 tournament, the Davidson Wildcats are still in the running, with their next opponent being the Michigan State Spartans. Nobody can deny the Spartans are a good team, however, even fans must admit to an inconsistent playstyle. If the Wildcats catch them on a bad day, the March 19 match is sure to go to Davidson. Of course, this all depends on the strategies that both teams employ.

It is debatable if Murray State can even be called a Cinderella, considering their high success rate. However, it seems that most have thrown their hat in with their opponents, the San Francisco Dons. While the Dons are a great team, ranked 4th in the West Coast, The Racers aught not be discredited. They swept the Ohio Valley Conference, and seem to be hungry for a title in 2022.

The NCAA Division I Basketball Tournament is one of the most anticipated basketball events in the country, topped only by the NBA Finals. Though the importance of March Madness should not be underestimated, as many big names in the NBA got their start in the NCAA. The 2022 March Madness is sure to be an exciting one. 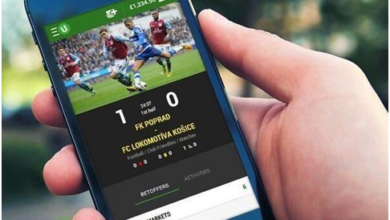