The city of fury, the Paris of America, the city that never sleeps, Buenos Aires has many nicknames that try to portray a little of what its streets, neighborhoods, monuments, museums, squares, bars, and people have to offer, it is a city where you can find everything you need and much more.

There has been a proposal to study the Spanish language in territories where this language has been native for some years now. Of course, Buenos Aires is one of the capitals that tops the list of options. Taking a Spanish course in Buenos Aires is a proposal that will help you improve your pronunciation and allow you to get to know the culture of this country.

Of course, getting to know any new destination makes this possible, but let us assure you that discovering Buenos Aires will be a before and after in your life. The intensity, passion, and dedication of its people will surprise you. Argentines are dual in many aspects; you either love them or hate them, but one thing is sure, there are no better hosts than them.

“¿Vamos a tomar una Birra?” is perhaps one of the phrases you will hear the most during your stay. The Argentinean loves to share with his friends and, depending on the time of the day; the most common invitations are to drink mate, during the day, or a beer in the afternoon, at night.

A few years ago, the centers of Argentine cities were invaded by countless bars and craft beer stalls. A product that has been improving and mutating year by year, discovering many varieties. Porter, Scotch, Honey, IPA, APA, Golsch, Larger, ALE, Golden, Amber, Barley Wine, and the list can go on and on.

You’ll find that you can lift a tile, and you’ll find a brewery office and a new brand with different characteristics, flavors, or even components. And so, you will also discover that this is one of the most consumed beverages and that a good Argentinian is considered a great connoisseur of the field.

Without going any further, the best beer in Latin America in 2021 is nothing more and nothing less than an Argentine beer: Astor Birra’s Imperial IPA, a product of some entrepreneurs from the city of La Plata, the capital of the province of Buenos Aires, which is only a train ride away from the Autonomous City of Buenos Aires.

Where to go for a good “Birra”?

Just a few minutes away from some of the most touristic points of the city, you will discover a wide range of options for you to taste this drink and its different hops. Here are some options that you can’t miss when visiting this city.

It is worth mentioning that, whether you choose any of these options or any other lesser-known one you find on your way, they always have the option of a food menu. Be sure to try the potatoes with cream, bacon, and green onions; they are a classic to accompany a cold beer. Do not avoid their pizzas either; they are even better than the Italian ones.

A city that invites to be chosen

Language tourism is the order of the day. After all, what better excuse to travel and get to know the corners of the world than with the idea of studying languages? The reason for a trip has never been so justified. And now that the pandemic is slowing down and things are getting back to normal, this proposal is gaining more and more momentum.

As you can see from our lines, choosing a Spanish school in Buenos Aires is quite tempting. The Autonomous City of this country has a lot to offer you. You can dedicate afternoons to culture or music, sports or history. In fact, the offer is so large that you will first be overwhelmed, and you will not know where to start.

Another interesting point of Buenos Aires is the hospitality of its people. In addition to learning idioms and lunfardo words, which you will hear ad nauseam, you will learn to relate to people differently. The Argentinian is very outgoing and extroverted. But, above all, he is a person who will open the doors of his house to make you feel at home.

And although it is a city known for its insecurity, if you move with the necessary precautions, you can enjoy it peacefully. Just try not to be flashy with your cell phone or camera. You should not make it evident that you are a tourist.

For the rest, just put on some good tennis shoes, and welcome to one of the best cities in the world. Enjoy!

What Happens If Your Pennsylvania Auto Insurance Lapses? 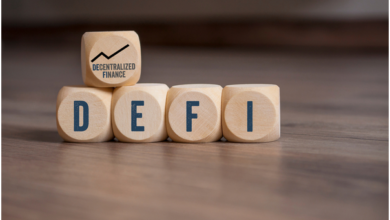 DeFi remains one of the last redoubts of crypto’s future 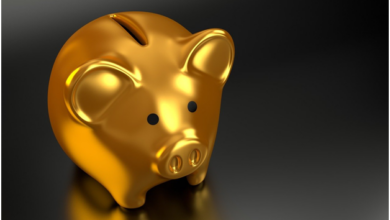 How Copy Trading Can Protect Capital For Newcomers

Improve Your Career as an Inventor By Using InventHelp