Wilkes-Bar — City police charged a Plains Township man with fleeing the scene after the crash and later found him running naked along Wilkes-Bar Boulevard.

According to court records, 20-year-old Kevin Newbury on Hancock Street told the police that he was a “savior” after being arrested Saturday night.

The incident began when a woman reported that BMW had been hit from behind while traveling on East Main Street around 7:30 pm.

According to criminal charges:

A woman told police she was traveling on East Main Street when BMW was hit by another car from behind. She said the driver of the other vehicle, Pontiac Grand Am, went around her and parked further down the street where the driver started running.

She could not identify the driver.

Police said the airbags in Pontiac had been deployed. Pontiac was tracked by the vehicle owner on Hancock Street, where Newbury lives.

Approximately 30 minutes after the hit-and-run crash, police received reports of a man identified as Newbury running naked in the areas of Wilkes-Bar Boulevard and Conningham Avenue.

Newbury then jumped over the passenger seat window of the car that stopped picking him up.

Police have implemented a traffic stop in a vehicle near Conningham Avenue.

Police said Newbury was arrested by leaning against the driver and being pulled out.

When Newbury was escorted by the cruiser, police complained that he continued to shout, “I was the savior and he was here to save us.”

When a policeman asked him where his clothes were, Newbury said he was “just reborn.”

A car driver who picked up Newberry near Butler Street told police that he needed help.

Police: Naked man claims to be “savior” after escaping from the crash

Source link Police: Naked man claims to be “savior” after escaping from the crash 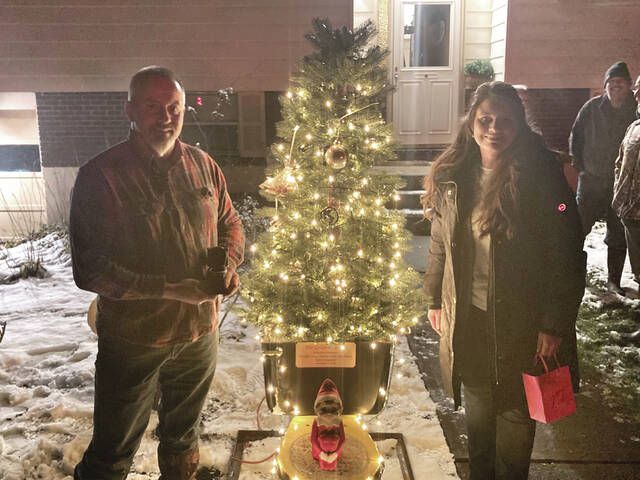