WILKES-BARRE — For some, the word Square Thursday was happiness or a synonym for it.

The cloud puffs and gorgeous blue sky on a summer day had a lot to do with it. Moreover, it was the beginning of the Wilkes-Barre Farmers Market.

Abotins had already purchased a bag of apple and hibiscus plants as a 48-year-old farmer trucked his produce and strolled along the cobblestone paths of Public Square for sale on the table.

“I have a big garden. I have my own vegetables,” said Peters of Hanover Township when he opened the plastic bag to show off his multiberry pie.

Like other shoppers on the market, Peters was limited in where he could go and what he could do, while adhering to the COVID-19 pandemic restrictions. However, with many measures lifted, they came back to life as they knew.

Tired of being “scooped up all winter,” Peters said, “it’s great to go out.”

To support efforts to bring more people out, the Wilkes-Barre Health Department has set up a mobile vaccine clinic in the square. Anyone who received a COVID-19 shot received a $ 15 voucher to buy fresh fruits and vegetables on the market.

In his opening remarks, Mayor George Brown thanked everyone who came out and said the market was a sign that the city was moving in a positive direction.

“Wilkes-Barre is back. We’re going to revive the city. This is one of the first steps,” said Brown.

Rose Jagozinski found what she longed for. “I got a little tomato and some sweet pea,” said Wilkes-Barre Township’s 80-year-old Yagozinski. She quickly broke the pods and opened, picking and enjoying the peas.

Nearby Yagozinski’s son Mike stood on a sizzling iron plate and lined up a row of potato pancakes with metal tongs. The yogi potato pancake trailer has returned to the market with other food vendors after a year’s hiatus for city safety.

“I’m optimistic,” he said of the market outlook, which lasts Thursday from 10 am to 4 pm until November 18. “We are here,” he said.

Boyer Brothers Bar-B-Que and Deli food trucks were parked near where the fountain was and prepared for hungry customers. “It’s great to be back here,” said Bob Boyer.

Ray Zimmerman of Zimmerman Farms, named after Pitman in Schuylkill County, was in his well-known location near the North Main Street entrance to the square. He encouraged others to come to the market.

“Don’t be afraid to tell everyone to go out,” Zimmerman said.

Forty Fort’s Sherry Tressa and her grandchildren Audrey and Shavertown’s Gray Song Rega received a message when they stopped by Zimmerman’s stand.

“I can’t wait for it to start,” Tressa said. Audrey, 3 years old, grabbed the cherries, and Grayson, 4, grabbed the peach with both hands and chewed it.

Raylin Snyder pointed out that choices will grow throughout the summer. Fifteen-year-old Snyder sold blueberries, strawberries, eggs, and some vegetables from Hoagland Farms in Elysburg, Northumberland County.

Snyder went on the market and enjoyed the opportunity to not have to wear a mask. “We can see people’s faces again,” she said.

The weather wouldn’t have been better for Larry Omalia, but the crowd would. He expected it to grow with the seasons and tomatoes, sweet corn and cucumbers to arrive from his fields in Plains Township in a month or so.

“It will take some time for people to realize that the market is in full swing,” Omalia said. 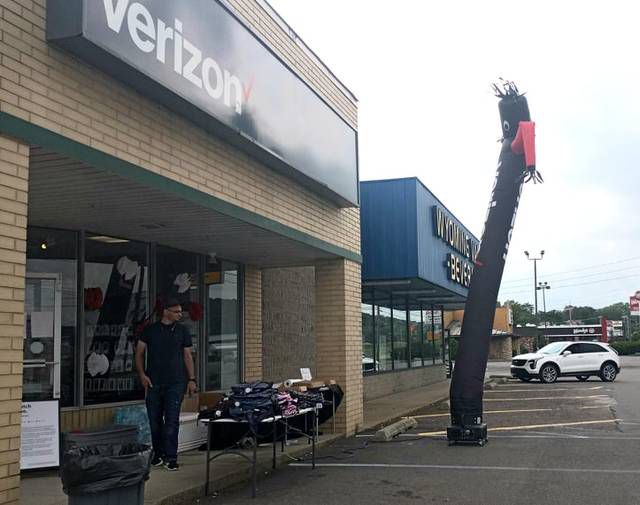