PITTSBURGH (KDKA) – Could this be it?

After 16 years, could this be the final Stanley Cup Playoff run with Sidney Crosby, Evgeni Malkin, and Kris Letang?

It’s entirely possible as both Evgeni Malkin and Kris Letang, heading into the Stanley Cup Playoffs, remain without new contracts.

The Penguins, owners of the best active playoff streak in North American professional sports, are in a position they aren’t much used to heading into the postseason – the underdog.

When the series opens on Tuesday night at Madison Square Garden against the New York Rangers, not many believe the Penguins, winner of three Stanley Cups since 2009, can win the series.

So, can the Penguins defy the pundits and the odds to move on to the second round of the Stanley Cup Playoffs?

Let’s break down their first-round matchup with the Rangers.

The season didn’t start off as planned for the franchise with the skating penguin logo, as both of their superstars were on the injured list right out of the gate.

Sidney Crosby was recovering from off-season wrist surgery while Evgeni Malkin was on the mend after another knee surgery.

However, the Penguins started in what many considered to be an immediate challenge: opening the season in Tampa Bay against the back-to-back Stanley Cup Champions and then heading to Sunrise to take on one of the best teams in the Atlantic in Florida.

The Penguins came away 2-0, beating both without the services of 87 and 71.

Once again, injuries plagued a Penguins season. Forward Jason Zucker was out for half the season, only playing 41 games, and is questionable to start in game one against the Rangers.

The same goes for starting goalie Tristan Jarry, who was injured in a game against the Islanders on April 14.

He will not start the series and is not expected back until at least the second round, handing the reigns over to Casey DeSmith.

While many say home-ice advantage is a key to success in the Stanley Cup Playoffs, the Penguins are looking to defy that logic this spring.

The Penguins had the third-most wins away from home this season with 23.

Their road record of 23-12-6 was good for eighth-best in the National Hockey League.

There is one issue, however, when it comes to the Penguins’ road success.

In two games at Madison Square Garden this past season, the Penguins are 0-2, losing by a combined score of 8-1.

For the Penguins to be successful against New York, changing their Broadway Blues will be key.

As stated above, this is the 16th year Crosby, Malkin, and Letang are heading to the postseason as a trio and this season, despite Sid and Geno’s early-season absences, they didn’t show many signs of slowing down.

Sidney Crosby, in just 69 games played, led the team in points with 84 – tying him with his linemate Jake Guentzel – and Kris Letang recorded a team-best 58 assists in 78 games.

Meanwhile, Evgeni Malkin was once again a slightly above a point-per-game player, scoring 20 goals and 22 assists in 41 games.

While those three are entering the twilight of their careers, they’re still able to put up the offensive numbers required for a successful season and playoff run.

How The Penguins Can Win

Yes, the Penguins struggled against the Rangers this season, but plenty of that struggle was self-inflicted.

The Penguins only defeated the Rangers once this year, and in that game, they only mustered 26 shots on goal and a single goal.

In fact, the most shots the Penguins put on a Rangers goalie was 30 and that was in a 3-0 shutout loss.

First and foremost, for the Penguins to have success against the Rangers, it will mean making life miserable for goalie Igor Shesterkin. That means shooting from everywhere in the offensive zone – point shots, shots from in tight, shots from the wall, it doesn’t matter – put the puck on net and make him make a save. Thirty shots should be the Penguins’ bare minimum each game.

This coincides with another way for the Penguins to be successful: get in front of Shesterkin. Penguins forwards need to be living on top of the crease in this series. If Shesterkin can see the puck, chances are he’s going to stop it. Impede his view, make the Rangers defense move you, and make life uncomfortable for the Russian netminder.

The Penguins through four games with the Rangers have played a fairly disciplined game, not taking too many penalties and that must continue into the postseason.

The Rangers’ power play clicked at a 25.2-percent success rate, meaning they score on every fourth opportunity.

Luckily, should the Penguins find themselves in penalty trouble, their penalty kill is third-best in the NHL at 84.4-percent, and second-best among playoff teams, trailing only Metropolitan Division-winning Carolina.

The fact of the matter is, staying out of the box is paramount. Having a good PK isn’t a guarantee and the Penguins shouldn’t have to roll those dice.

Thrust into the starter’s net, all eyes are once again on a Penguins goaltender heading into the postseason.

While the mid-season conversation was whether or not the team should have acquired a veteran backup due to a slump by DeSmith, he has since quelled those worries, punctuated by setting a franchise record when he shutout the Boston Bruins, making 52 saves in the process.

The Penguins are never a team reliant on goaltending, should their big guns perform, DeSmith needs to provide steady goaltending.

Proving the old adage, “he just needs to give you a chance to win.”

If DeSmith gives them a chance, it’s all they can ask.

If there’s one thing Malkin is, it’s prideful. Malkin has always enjoyed playing the Rangers at Madison Square Garden, add in the fact that the Rangers are led by Russian goaltender Igor Shesterkin and Russian forward Artemi Panrin, Geno has plenty of motivation to show he’s still one of the best Russian-born NHLers of all-time.

For the Penguins to move on, they’ll need the Russian bear at his absolute best.

As the balance of power seems to shift in the Metropolitan Division, with the likes of Pittsburgh Washington getting older, teams like Carolina and New York are beginning to take over.

This year was no different.

The Rangers, largely expected to finish third and start round one in Pittsburgh, flipped the script and surpassed the Penguins, taking second in the division and chasing down and passing Carolina a couple of times.

Ultimately, the Hurricanes won the division, but the young, upstart Rangers are moving nicely through a rebuild that started just a few years ago and are beginning to look like contenders.

The Blueshirts finished the year tied for the league’s seventh-best points percentage at .671, tied with the back-to-back Stanley Cup champion Lightning.

While they’re knocking on the door, a rebuild that began in earnest in 2018 is beginning to bear fruit.

If there’s one thing that’s defined the New York Rangers for the past nearly 20 years it’s goaltending.

Future Hall of Famer Henrik Lundqvist tended the cage for years and was constantly one of, if not the best, the best goaltenders in the league at any given moment.

It didn’t take long for the boys on Broadway to find his encore.

The 26-year-old netminder finished the season with a 36-13-4 record, a .935 save percentage, best in the league for goalies that started 20 or more games.

His season has been the kind that has writers, players, and coaches asking – can a goalie win MVP? If this season is any indication, he’s right there with the Oilers’ Connor McDavid and Maple Leafs’ Auston Matthews.

Outside of Shesterkin, there are four players that make the Rangers dangerous – Atermi Panarin, Mika Zibanejad, Chris Kreider, and Adam Fox.

All four had 74 or more points this season, with Panarin leading the way with 96.

However, after those four, there’s a significant drop-off.

The same can be said for goal-scoring. Chris Kreider blew well past his career-high this season, scoring 52 goals.

Zibanejad was well behind with 29 and Panrin scored 22.

Keeping that quartet mostly quiet could be a secret to beating a Rangers team that’s leaning on its top-six to carry them along with great goaltending.

How The Rangers Can Win

While the easy answer is to say Shesterkin steals the series, it’s not entirely untrue, but not just by him putting forth a huge performance.

The way the Rangers beat the Penguins this year was simple – wait.

Wait for the Penguins to become frustrated, make mistakes, and counter. Shesterkin will make the saves, frustrating a Penguins team that can score, and beat the Penguins in transition with their footspeed.

Throw in a couple of great performances by the goalie and a power-play goal or two, this series could be a quick one for the Penguins.

Winning both games at MSG would go a long way for the Rangers, should they want to quickly dispatch their foes from Pennsylvania.

The series, all things considered, is there for the Rangers’ taking, it’s just a matter of whether or not they stick to their game plan.

The first-overall pick in 2020 is getting his first experience in the Stanley Cup Playoffs.

While he hasn’t quite underwhelmed in two seasons, scoring 31 goals and 52 points in 135 NHL games, he hasn’t been the world-beater many have expected.

A Metropolitan Division matchup on the biggest stage against a team that’s done a lot of winning in the past 16 years would be a nice time for the 20-year-old to announce to the league that he has arrived.

Playing on the Rangers’ “third” line, he could avoid some of the Penguins’ better defensive players and find an opening.

Fox was the runaway Norris winner last season, scoring 47 points in 55 games and kept the Rangers in the hunt during a COVID-shortened season.

The 24-year-old defenseman is dynamic and valuable in all three zones of the ice.

While he alone won’t be able to stop the likes of Crosby, Malkin, Guentzel, and Letang, his efforts will certainly stymie them.

He also is a key player on the Rangers power play, which as we’ve discussed is a huge strength for their team. 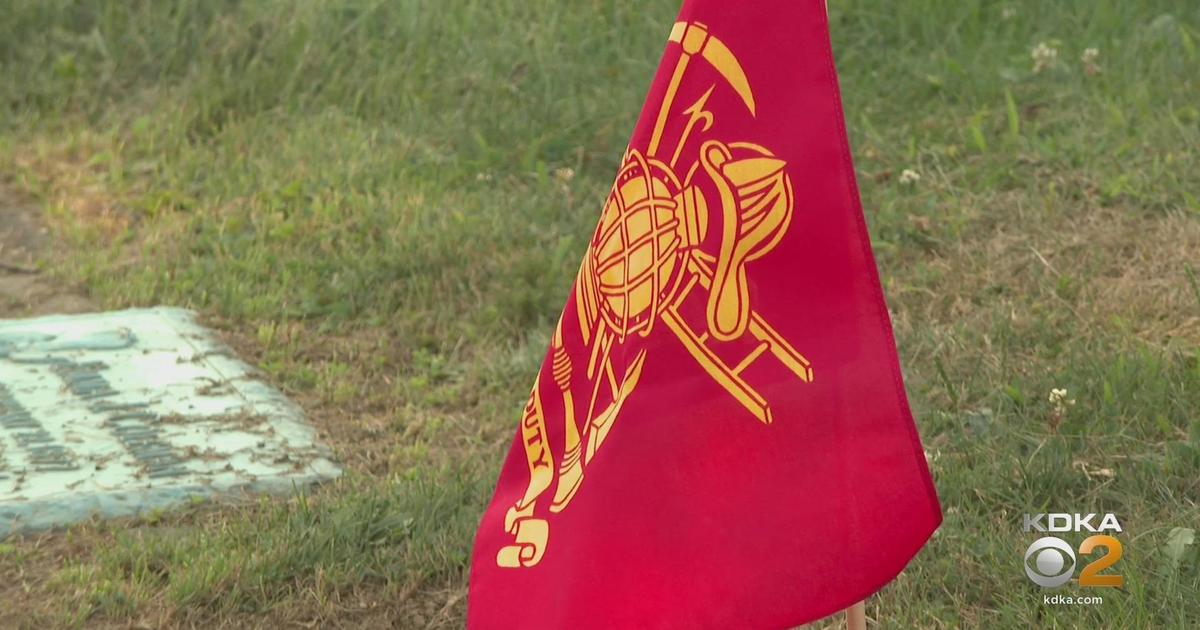